The development of the gold mining industry at Thames marked an important phase in the economic history of New Zealand.

By 1867 Auckland's economy was looking bleak: the withdrawal of Imperial Troops serving in the New Zealand Wars had noticeably reduced the amount of money in circulation, the seat of Government had been relocated to Wellington in 1865 and the gold rush in Central Otago was over. With the discovery of gold in large quantities at Thames, the expression “Thames Saved Auckland” became a popular slogan.

Quick to follow the miners, a BNZ agency was opened on the 7th of February 1868 at Shortland by Henry Flockhart Christie. An agency’s day to day business was similar to a branch but on a smaller scale. The agent in charge reported back to a ‘parent’ branch, in this case, Auckland.

Business at Thames was focused on gold buying. A miner would be given half the value of the gold he brought in. The gold was then sent off to Auckland to test the quality and the miner would then be paid the balance owed.

As the business of handling the gold from the Grahamstown end of the area became brisk, an office was opened in February 1869. The increasing output of gold and expanding population gave promise of permanent prosperity. Soon a more substantial building was built at the corner of Brown and Albert Street. Renamed Thames in 1881, this site remained the Bank’s main office in the area for a number of years. 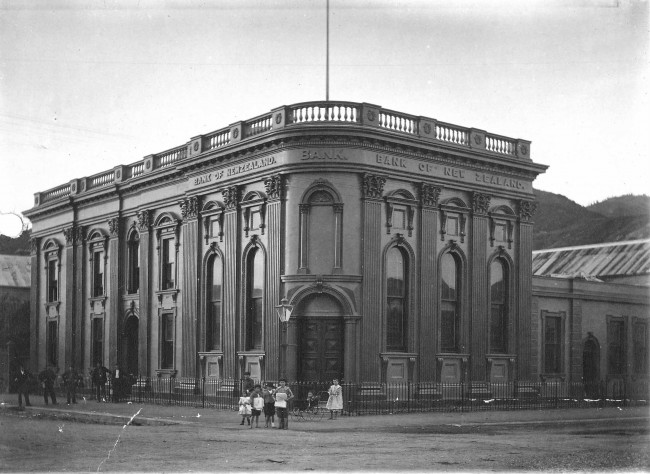 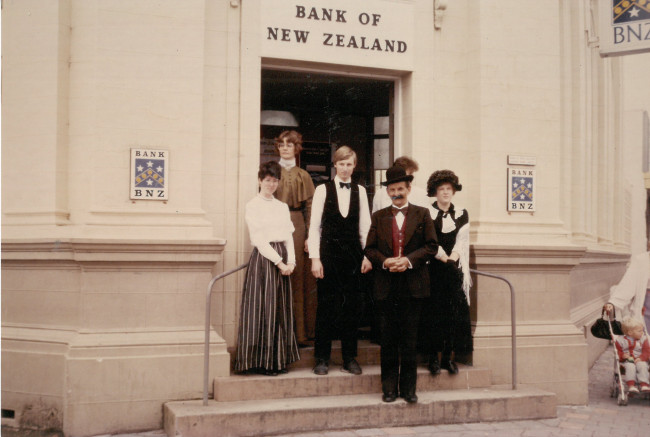 Influenza pandemic: the Juniors are in charge