The Duurloo sisters; Pioneers for women in banking

During the 1950s and 1960s there was considerable growth in the numbers of women in paid employment in New Zealand. In particular, it became more common for married women to return to the workforce. BNZ saw similar growth, by the 1960s, over 1500 women were employed within the Bank, coming close to nearly half of the total staff.

Most of the roles held by women in the bank during the 60s and 70s were limited to clerical, secretarial and teller roles, with little to no career development opportunities. A few women nevertheless were ‘exceptions to the rule’; early pioneers for women within the industry.

The Duurloo twins from Christchurch were among the first women to start along the ‘executive path’ within BNZ. The twins, Laurita and Lorraine, along with their sister Elspeth began taking the Bankers’ Institute exams in the late 1960s; although it is interesting to note that, at first, their participation in this area was described as a ‘hobby’ rather than a serious attempt at career advancement.

All the sisters achieved excellent marks in the exams, but it was Laurita that achieved the most in terms of her career within the Bank. She was the first woman in New Zealand to become an Associate of the Bankers’ Institute. She became a Head of Department within BNZ in 1971 and she was also seconded to a role as Assistant Secretary to the New Zealand Bankers’ Association; the first time a woman had held the position. In later years, she was identified as an early trailblazer for women in the Bank; her success was noted as the first marker post, allowing other women to follow. 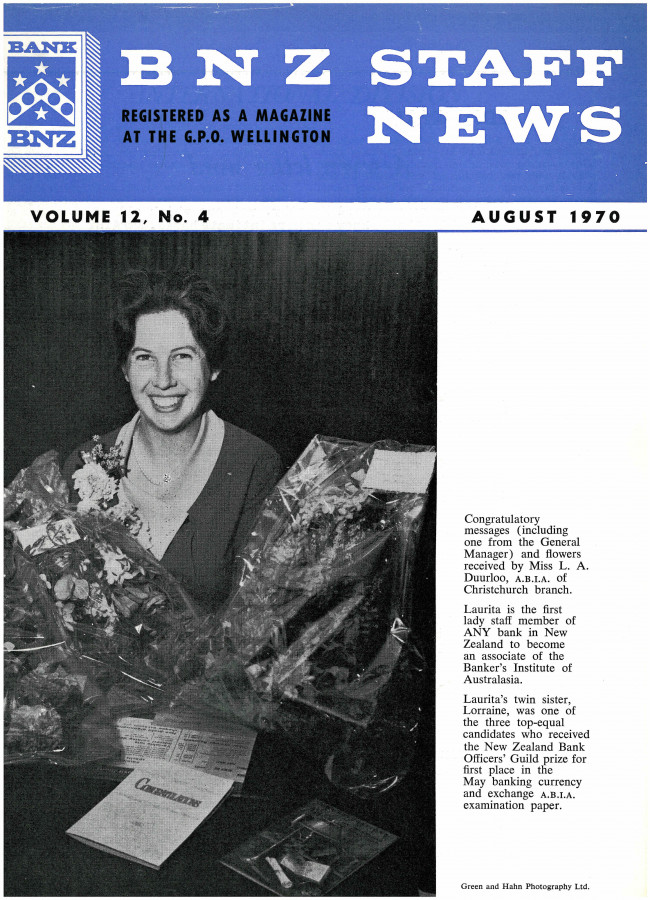 Laurita Durloo on the cover of BNZ Staff News - 1970 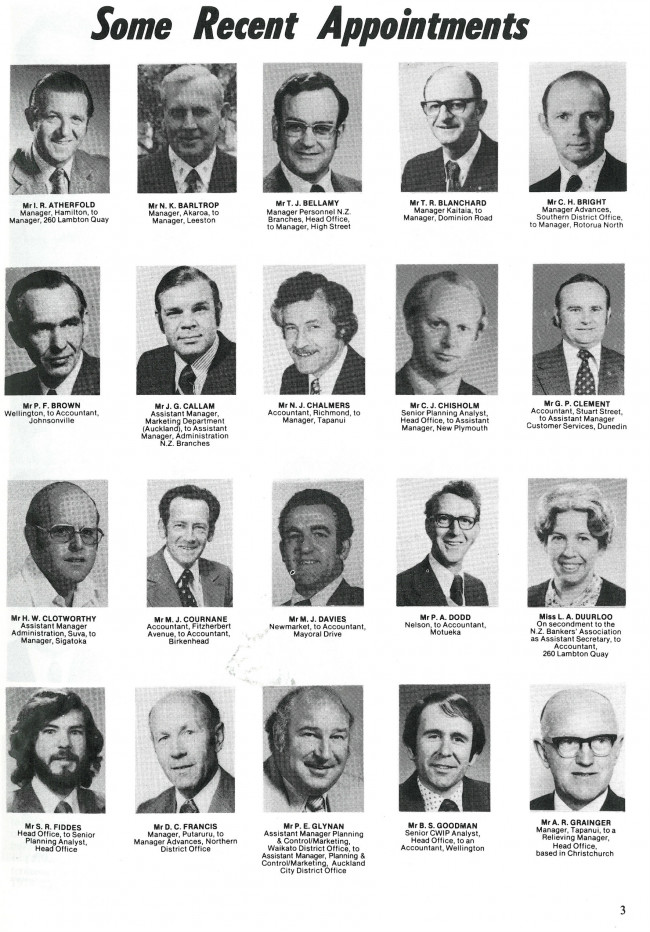 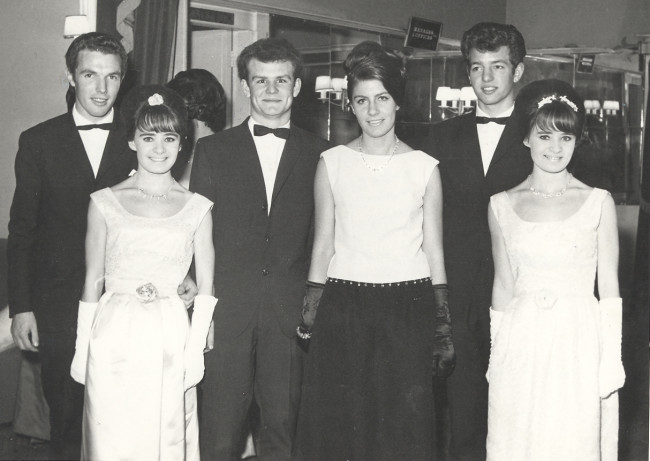 The Duurloo twins at the Christchurch staff ball - 1966