In the late 1800s, BNZ established its ‘Produce Department’– a comprehensive service for wool growers.

The produce department helped farming customers to market their wool overseas, from preparing and shipping the bales to London to paying the proceeds into the farmers’ accounts.

The success of the produce department saw it expand its marketing service to include frozen meat, dairy products, seeds and opossum skins. By the outbreak of war in 1939, Bank of New Zealand was the largest importer of wool into the United Kingdom.

The produce department operated for more than 80 years, until around the mid 1970s.

“Over 70 years ago when the local market for wool was in the process of development, the Bank established a marketing service at the request of its wool grower customers. It undertook the full responsibility of shipping and handling wool for sale in London. As will be realised this was a major service to the Country and was of invaluable assistance in the marketing of New Zealand wool at the time.

The Bank’s standing on the London market is such that for several years it has been at or near the top of the official list of major wool importers."

Malcolm Robertson recalls his time working in the Produce department in the 1960s;

"I was transferred to Wellington in 1963, aged 20. The Bank put me in the Head Office Produce Department because I knew a bit about sheep farming. It was a great experience for a young ‘country’ boy away from his hometown of Tapanui, West Otago – population 500!

My job description was to type up Bills of Lading (shipping Documents), plus invoices for the shipment of meat and wool to London on behalf of the Owners’ account. We also made up monthly newsletters which I posted out using an addressograph machine. The clients’ name and address was imprinted into a steel plate (about 10cm x 5) loaded into the machine then printed onto the envelopes which were fed by hand." 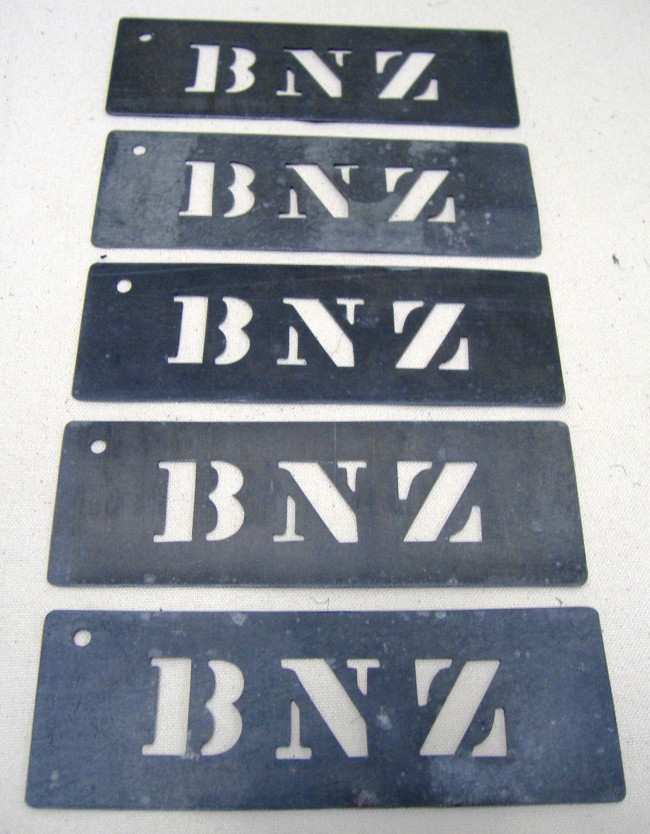 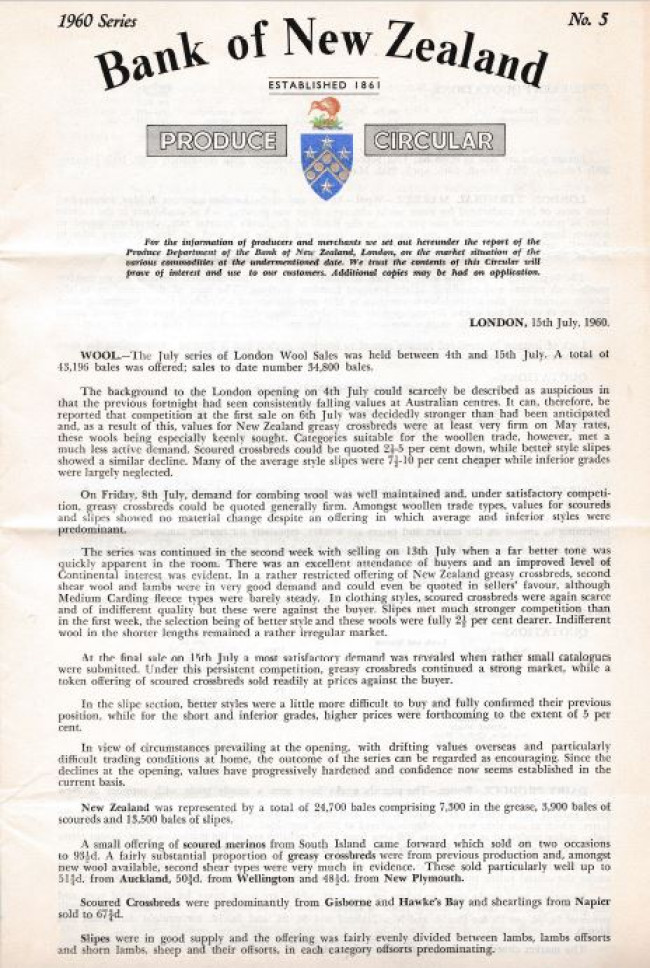