In 1999 BNZ launched Internet Banking. Internet banking allowed customers even more control over their finances by allowing them to carry out their daily banking needs from the convenience of a computer. The service was available 24 hours a day, 7 days a week.

Standard electronic transaction fees applied and customers were only eligible for the service if they had registered for 24 Hour Telephone Banking. The service was unavailable for account holders requiring two or more signatures.

In 2003, Internet banking for business customers was launched. This was followed in 2006 with the introduction of online statements, text alerts and the extra security feature ‘netguard’.

The successful introduction of smart phones saw the bank launch the BNZ Mobile Banking App in 2011. This allowed customers with smart phones to do their day to day banking from their mobile devices. Initially, customers were required to use their netguard cards to log in alongside a secure pin code, following customer feedback in 2012 the app was updated to only require netguard for the initial set up. Today, the mobile app is constantly being updated to include new features for customers.

In 2016, 88 percent of the total BNZ customer transactions were being done through digital channels. In recent years mobile banking has grown 37 percent, year on year. 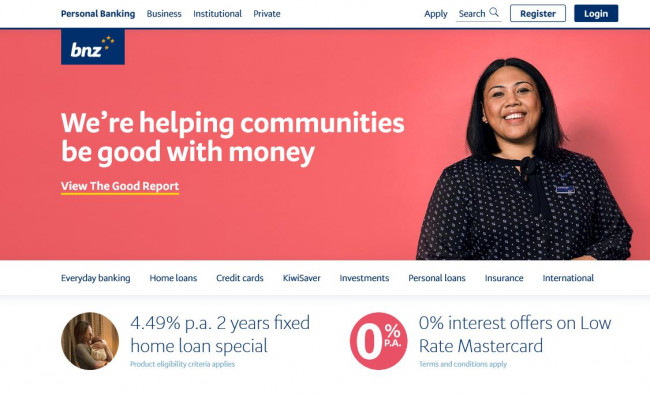