From the early days the goldfield bankers carried revolvers to protect the Bank’s cash and gold. Over the years they became standard equipment in all Bank of New Zealand branches.

Each revolver was registered in the name of the branch manager, who ensured that his gun was unloaded, cleaned, oiled, reloaded and tested every few months. The loaded revolver was always kept in a place where it was instantly available- sometimes under the pillow of the bank officer if he slept on the premises!

For many years, the bank provided little or no training in the use of revolvers; but eventually commonsense prevailed and shooting practice became a regular event for bank staff.

In 1965 the Assistant Commissioner of Police, who considered revolvers more of a liability than an asset, suggested that the number of revolvers in branches be gradually reduced and alarm systems installed instead. After many years of discussion BNZ’s board agreed in 1973:

In the mid-1970s the bank sent over 400 revolvers to Police Headquarters to be destroyed. 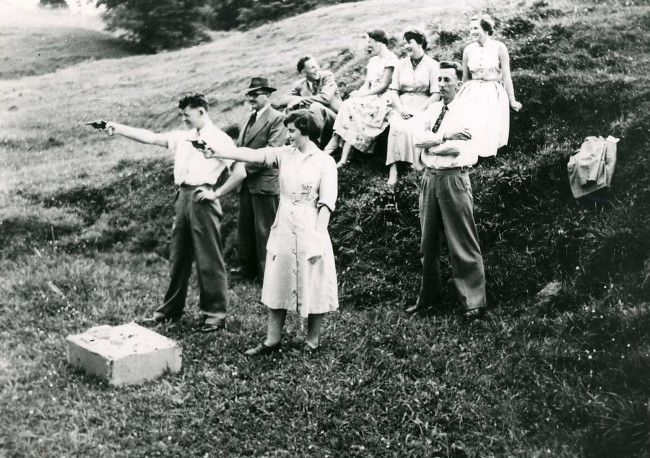