The Bank of New Zealand first opened an office in the Dargaville area at Mangawhare on the 18th of December 1876. The Dargaville office itself was opened as a sub-agency of Mangawhare shortly afterwards and was open on Thursdays, Fridays and Saturdays.

In 1886, the Inspecting Officer reported conditions were far from satisfactory. “At this period of the year,” he wrote “the agent ought to have the constitution and strength of a horse, and he has neither of these, but he makes no complaint.  The roads between Mangawhare and Dargaville are impassable except for those who do not object to tramp over half a mile over the boots in mud.”

The leaving of cash overnight at the Dargaville Office was undesirable, “but to carry it backwards and forwards daily would be worse.”  Vouchers were brought back each night to Mangawhare, where evenings were devoted to writing up the books.

For a short period, the bank also served as the local library, the Manager acting as librarian.

When Mangawhare agency was closed in 1892, business transferred to Dargaville. A new building  was purchased in 1913. 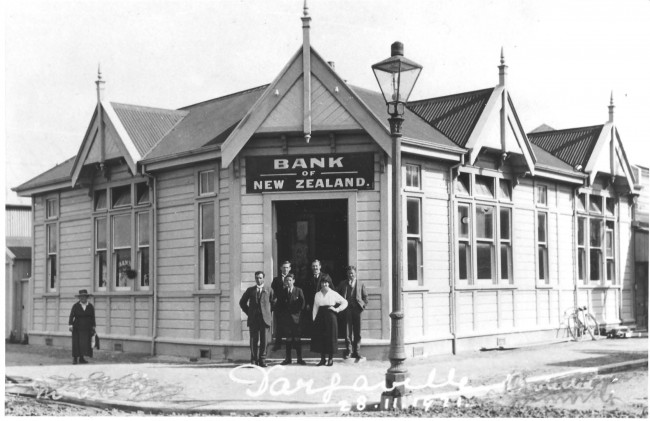 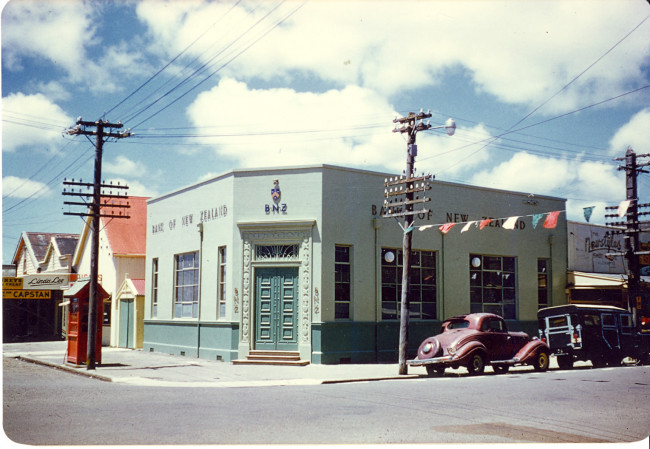 A refurbished BNZ Dargaville, photographed in 1951.