In July 1977 BNZ decided to embrace the advent of technology and invested in the major development of a modern colour television studio. The initiative was thought to have long-reaching consequences for our communications in the future.

The studio boasted the best of technology. The room was sound proofed, and equipment included cameras, lights, microphones, back-drops and props. The technology available included projectors, a caption camera and a telecine-chain machine.

A story on the new studio featured in the BNZ Staff Magazine, 1978 and included some detail on the processes involved:

'Unless you are mechanically minded, the control room is a nightmare of panels, switches and buttons. A flick of a switch or switches and the operator can control the cameras and lighting in the main studio, the monitors for the programmes, the sound from records or microphones and the tele-cine chain. Special effects too can be produced and when the final programme has been put together it is monitored through onto a master tape recorder. When completed the master tape is then run through another tape recorder which reproduces through a battery of recorders four cartridges at a time for distribution to the branches.'

The studio wasted no time in commencing production and within 12 months had completed filming 20 training sessions, a promotional video and the General Managers end of year message.

The production team consisted of a Technical Producer, Script Writer and Technical Assistant. 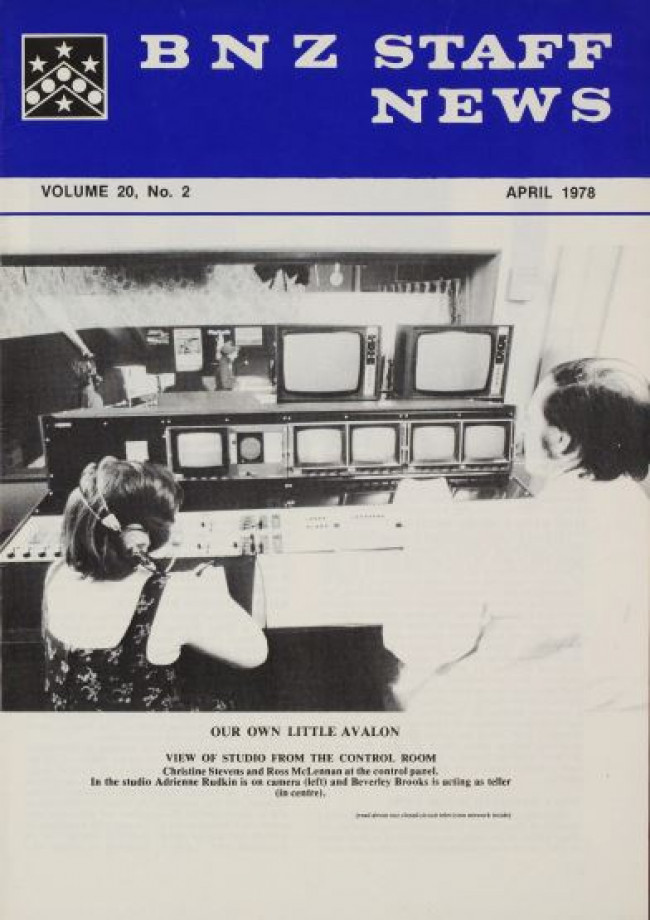 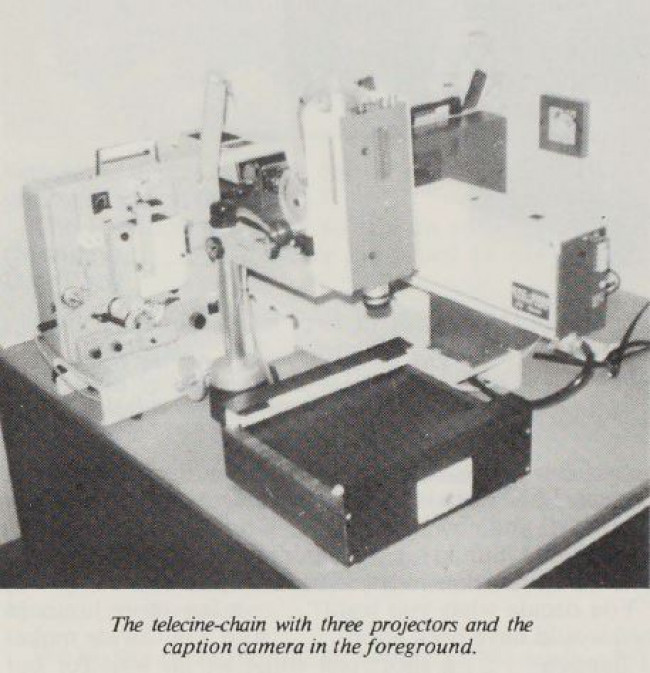 In the heart of Christchurch