Given that BNZ’s founders were prominent Auckland citizens, it was natural that it was here they first set up shop. Following Alexander Kennedy’s appointment as manager in September of 1861, a lease was obtained of T.S Forsaith’s recently vacated drapery on Queen street. It was from here that the first offices of the bank were opened on October 16th 1861.

The premises were used until 1867 when staff moved into the bank’s own building at 125 Queen Street. Early images show the statuesque building standing tall amongst few other structures. This was to be the bank’s central Auckland office for 113 years, in fact, the Queen Street branch was the only BNZ office in the area for more than 20 years.

When it was widened in 1884 architects and builders worked tirelessly to ensure the grandeur of the original façade was not lost. Such efforts included the temporary reopening of a Tasmanian quarry to supply a shipment of the correct stone and the shifting of the main entrance to maintain a symmetric exterior.

A description of the completed renovations was shared in the New Zealand Herald, 13th October 1884 noting, ‘In the corner of the Public Office is a small room fitted with a telephone exchange for the whole bank premises.’ Auckland’s first telephone directory had been published just three years earlier in 1881, listing 50 subscribers. Other mentions of technology included ‘speaking tubes’ for communication between departments and a hydraulic elevator which travelled from ‘cellar to highest floor’ and consisted of a metal chamber or ‘cage’.

For many years this premises represented the banks central Auckland presence. Over time plans to renovate faced delays and interruptions. At one point these plans progressed as far as the completion of architectural drawings, only to be halted by the outbreak of WWII.

Eventually, the site diagonally opposite the 125 Queen street address was purchased and in the late 1970s demolition of the banks first offices commenced. Fortunately, the beloved façade was retained and remains on Queen Street for passers-by to enjoy today.

The first premises of the bank. 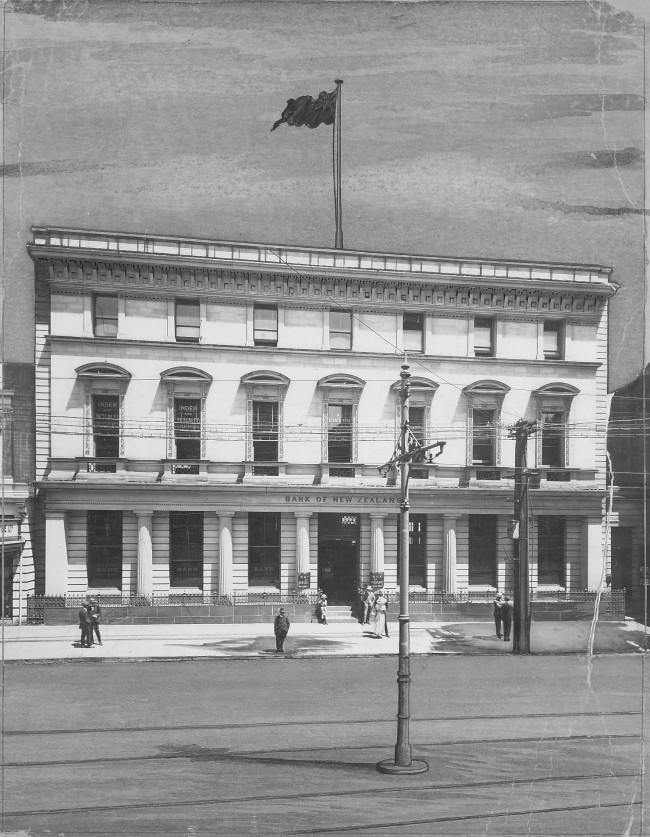 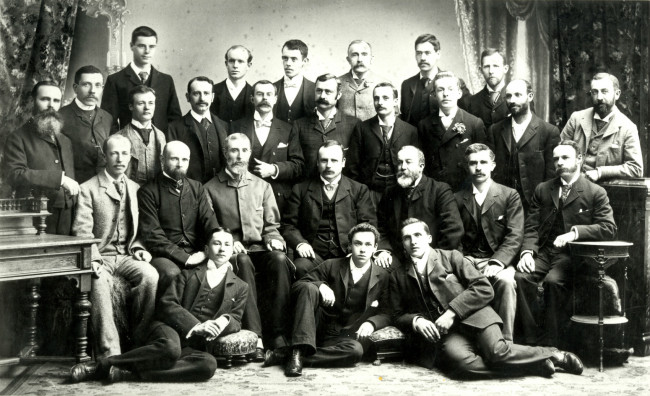 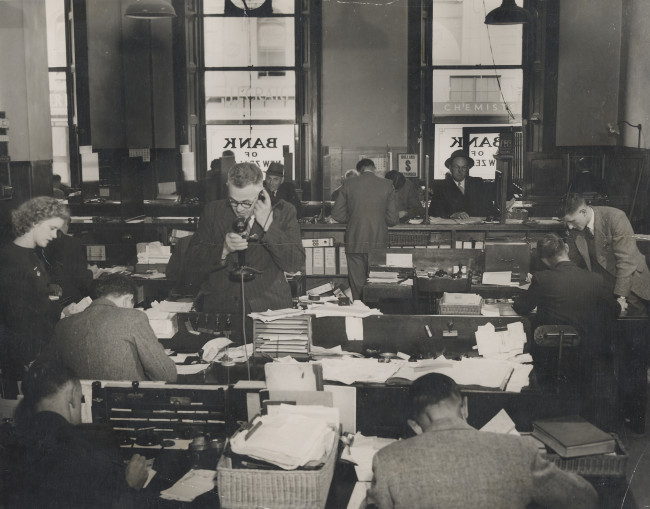